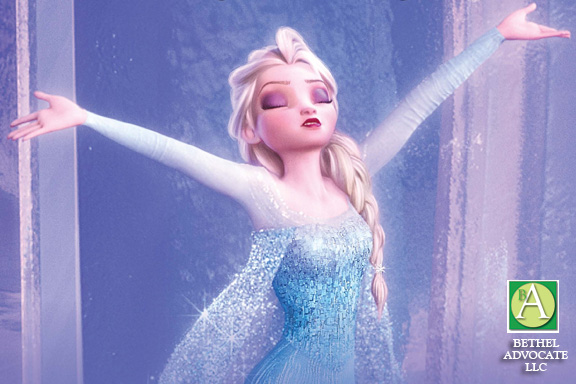 Two screenings, at 1:00pm and 4:00pm, will be open to the public for FREE, first-come, first-served. No reservations are required. Doors will open one-half hour before each showing. 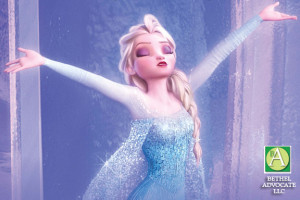 SUNDAY, FEBRUARY 21ST AT THE PALACE DANBURY
AND IT’S FREE!
[singing] “The cold never bothered me anyway.” – Elsa
Kicking off a year of exciting events, CityCenter Danbury has been joined by Dental Associates of Connecticut to present a Disney Frozen Sing-Along on Sunday, February 21st at the Palace Danbury, 165 Main Street. Two screenings, at 1:00pm and 4:00pm, will be open to the public for FREE, first-come, first-served. No reservations are required. Doors will open one-half hour before each showing. The event will also feature the cast and characters of Snow Queen, presented by Western Connecticut State University. So,  sled, sleigh, skate, or toboggan to downtown Danbury for an afternoon of family fun and song at this Academy Award-winning 3-D computer animated musical fantasy (it’s won 72 awards in all!).
Featuring the voices of Kristen Bell, Idina Menzel, and Jonathan Groff, Frozen is the coolest comedy-adventure ever to hit the big screen. When a prophecy traps a kingdom in eternal winter, Anna, a fearless optimist, teams up with extreme mountain man Kristoff and his sidekick reindeer Sven on an epic journey to find Anna’s sister Elsa, the Snow Queen, and put an end to her icy spell. Encountering mystical trolls, a funny snowman named Olaf, Everest-like extremes and magic at every turn, Anna and Kristoff battle the elements in a race to save the kingdom from destruction.

As the key management for downtown, CityCenter Danbury is a non-profit that works to meet, sustain, and surpass the four principals of Organization, Promotion, Design, and Economic Restructuring under the National Main Street Program. CityCenter is a taxing district supported, through assessments, by CityCenter property owners within the district. CityCenter is only one of five Downtown Improvement Districts in Connecticut recognized by the Connecticut Main Street Center and is listed on the National Register of Historic Places. CityCenter Events programming is supported, in part, by Union Savings Bank, Ventura, Ribeiro & Smith, Dental Associates of Connecticut, Danbury Parking Authority, Danbury Cultural Commission and the City of Danbury. In partnership with the City of Danbury, the Office of Economic Development, and the Cultural Alliance of Western Connecticut, CityCenter Danbury enhances Western Connecticut’s urban core with arts, culture, entertainment, and a vibrant City life. CityCenter Danbury’s offices are located at 268 Main Street, phone: (203) 792-1711 or visit www.citycenterdanbury.com