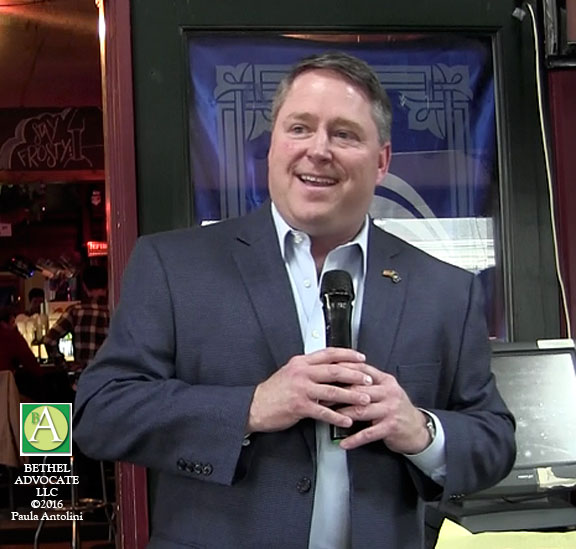 BETHEL, CT — Former Republican State Representative Dan Carter announced he will seek a new term to Connecticut’s 2nd Assembly District, which includes portions of Bethel, Danbury, Redding, and Newtown. Carter was first elected to the 2nd district in 2010 and won re-election twice for a total of three two-year terms.

“Serving as a representative of my community in Hartford was a great honor and it’s is clear we need common sense in Hartford more than ever. While other parts of the country have enjoyed a robust economy, Connecticut continues to lag behind due to high taxes and poor fiscal policy,” said Carter. “We need experienced, thoughtful representation and with the support of my community I will be the advocate the people in the 2nd district rightfully deserve.”

Carter worked with his fellow legislators in the House and Senate to support bi-partisan legislation aimed at giving small businesses the assistance they need to grow and create jobs. He has also been very active in the fight against overspending, tax increases and initiatives that inhibit job growth.

Carter has fought for a variety of other initiatives. He lead the effort in supporting the “Learn Here, Live Here” proposal which allows recent graduates of public institutions of higher education and vocational-technical high schools to set aside a portion of their state income tax liability to be used in a future down payment on their first home. Carter, an Air Force veteran, also worked to support veterans and police officers in the state, including sponsoring legislation to help veteran-owned small businesses.

During his time in the legislature, Carter used his experience in healthcare to work with providers and patients across the state to improve healthcare and patient safety. Carter has been instrumental in crafting legislation to reduce opioid abuse, address new biologic products and support the palliative use of medical cannabis.