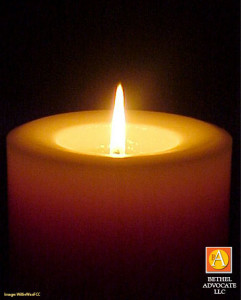 Daughter/Grandaughter of Bethel Families Myers and Clapp, Killed in Bicycle Accident at Age 21

Casey Ellis was hit by a car while riding her bicycle in Texas Wednesday night, and was pronounced dead after being taken to Hendrick Medical Center, according to the official report from the Abilene Police Department. Casey Ellis is the daughter of Sue and Robert Myers and the granddaughter of Linda and Skip Clapp, all of Bethel, CT.  Casey Ellis was a senior at Abilene Christian University majoring in social work.

“On Wednesday November 23rd, 2016 at approximately 10:45 P.M., the Abilene Police Department received a call of a major motor vehicle collision at the intersection of Ambler Ave. and North Judge Ely Blvd. involving a bicycle and vehicle.

“Witnesses reported that a female bicyclist was westbound on Ambler Ave and entered the intersection of North Judge Ely Blvd. against a red light. A white 2014 Ford Focus driven by 19 year old Charles Schaefer was northbound on North Judge Ely Blvd. crossing Ambler with a green light and struck the bicyclist as she crossed in front of him. The bicyclist was identified as 21 year old ACU student Casey Ellis of Bethel Connecticut. She was transported to Hendrick Medical Center by ambulance and was later pronounced deceased by Justice of the Peace Mike McAuliffe. Next of kin has been notified.

“The bicyclist was wearing a helmet at the time of the collision and the investigation into the occurrence is still on going.”

No service arrangements have been announced yet.

Update: The family is accepting donations for the memorial service and to help with other expenses, via PayPal to rtmyers2@gmail.com

Editor Note: Our sincere sympathy, thoughts and prayers go out to the family and friends of Casey Ellis at this sad time.