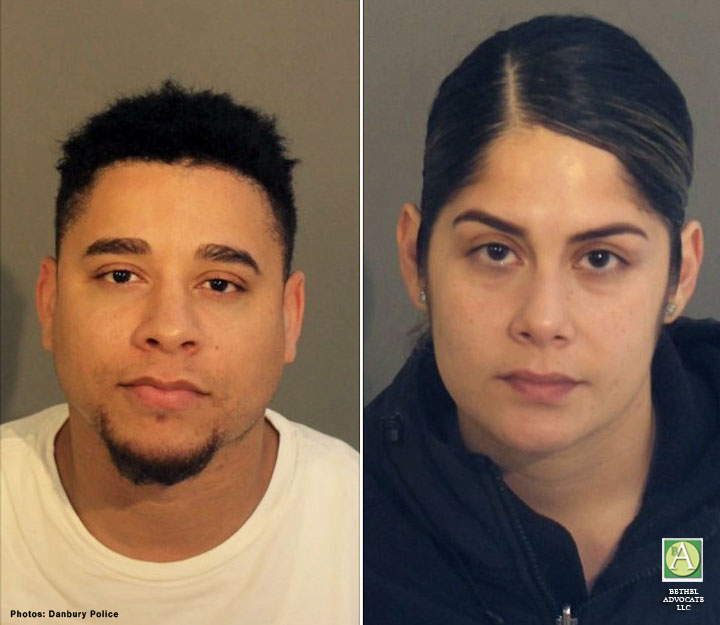 Danbury Police Arrest Two Bethel Residents for a ‘Variety of Drug-Related Offenses’: Risk of Injury to a Child, Possession of Cocaine within 1500’ of School

On 10/17/2019, Francisco & Alise Martinez, of 54 Juniper Rd., Bethel, CT were arrested for a variety of drug-related offenses incident to a police investigation which began months earlier. The investigation began after receiving citizen complaints regarding Francisco selling illegal drugs in Danbury and throughout the greater Danbury area. Based on the citizen information and a lengthy investigation, probable cause was established to obtain search and seizure warrants for Francisco, their house, a phone, and a car.

The warrants were executed between 4:20 and 5 pm today, 10/17/2019. The search warrant for Francisco was the first to be executed after he was stopped on Deer Hill Ave. in Danbury. At the time, he was operating a car and stopped for a traffic light. Upon contact, he was found to be in possession of several ounces of cocaine and more than $45,000 cash. A search of 54 Juniper Rd., Bethel revealed a small quantity of cocaine, drug paraphernalia, and several hundred dollars more.

As a result of our findings and further information, which linked Alise to drug sales, they were both arrested and transported to the Danbury Police Department where they were charged for the illegal drugs and risk of injury to a child. Alise Martinez was later released for a cash bond, while Francisco is currently being held for a cash bond pending release or arraignment.