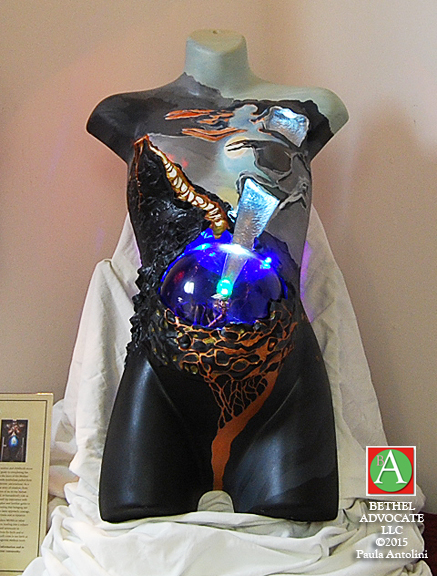 Among many exciting events happening in Bethel this past weekend, one of the hot spots was on Saturday night at Bethel ArtSpace, 91 Greenwood Avenue in Bethel, CT, where a new exhibit opened at 7:00 p.m. called “Reflections.”  Work included oil, pastel, watercolor, acrylic, photography, pottery and wood carving by local artists.  Exhibit will run until January 25, 2016. 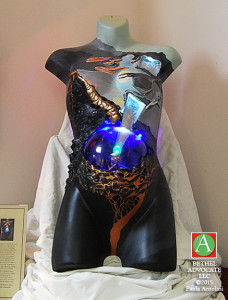 Among many exciting events happening in Bethel this past weekend, one of the hot spots was on Saturday night at Bethel ArtSpace, 91 Greenwood Avenue in Bethel, CT, where a new exhibit called “Reflections” opened at 7:00 p.m.   Work included oil, pastel, watercolor, acrylic, photography, pottery and wood carving by numerous local artists. 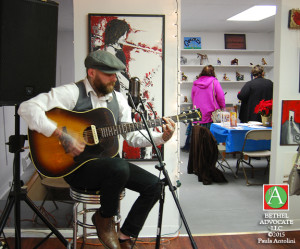 Live music, provided by Brenton Vaughan of the local band Union Rail, and a lively crowd, mingled among artwork that spurred conversation throughout the night while visitors sipped wine and ate holiday cookies and other treats.  Some of the artists were on hand to discuss their work in detail. 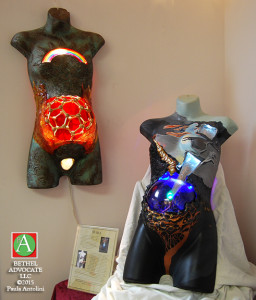 An unusual group of abstract sculptures by Erin Zaffis, depicting birth and the female body in an artistic interpretation, was capturing attention and is connected to the artist’s career in nursing.  In fact, when reading the descriptions of the art or artist next to each piece, or speaking to the artists, you will find that many of the works are deeply connected to the artists’ life experiences. 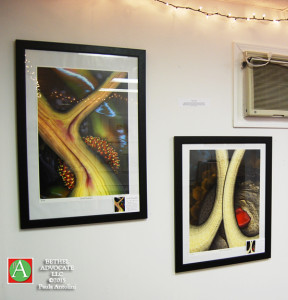 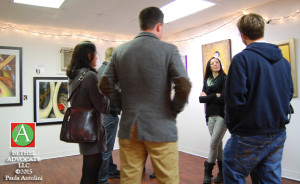 A group of unique colorful framed abstract images, by Robert Jacobsen, greeted you on the left upon entering the gallery.  Jacobsen said his artwork was made using a scanning process of common objects such as plants, fruit and vegetables. He creates sketches first and said everything is an inspiration to him.  He scans the objects into stunning designs by use of his creative artist’s eye.  The work even included an image of a raw egg. 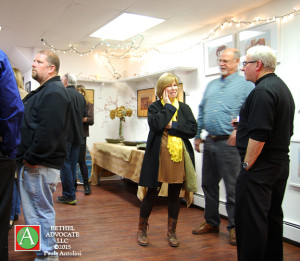 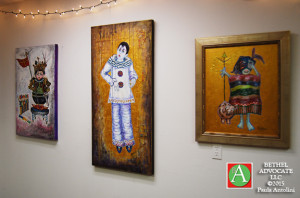 Stunning golden mixed media paintings of figures, by Barbara Jean Lloyd, were intricate and playful in the front gallery space.  A wall of multiple beautiful images of horses on a beach in North Carolina, by Natalie Buck, caught one’s eye on the right, and the pale tones of blue and tan added to the restful nature of the pieces.  These were hanging near intriguing large pottery pieces in tones of blue and green by Lynn Ferrier, sitting under dynamic images on wood by William Lawson. 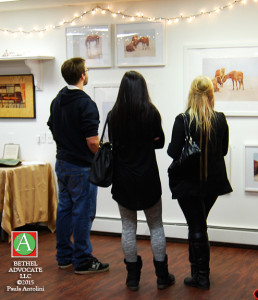 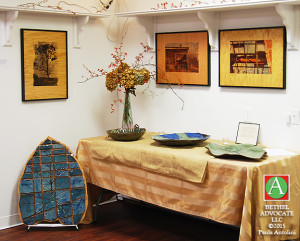 Another group of watercolors acted as therapy for the artist who created them, Darryl Soifersmith said about his work. He said it wasn’t the finished piece that was important but the process of creating the pieces that mattered to him most.  Opposite to that wall were mixed media pieces of shadow boxes based on doll images by Barbara Ringer, and a number of amazing abstract watercolors by Sue Ellen Landwehr, the gallery curator. 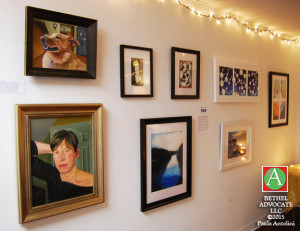 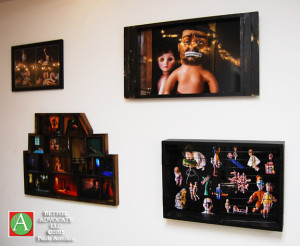 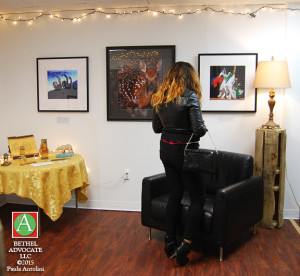 Photographs of Indian Dancers, and also a photograph a world-renowned dancer Anindita Nanda, dancing in shadow and light in her Odissi dance performance, complimented a large photo of a Newborn Fawn on the left wall of the second gallery space, all three images are by Paula Antolini.  The photo named “Fusion” combined ethereal water images reflected in dance, and another was the image of many dancers acting as one. 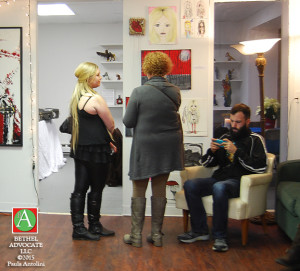 More watercolors, paintings and sculpture are on exhibit, there is so much more to see, take your holiday guests to this show! First Selectman Matt Knickerbocker, looking chic in his all-black attire, stopped by to see the show too! 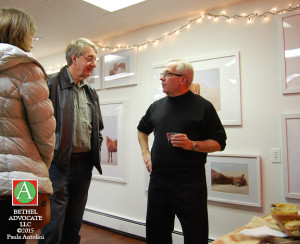 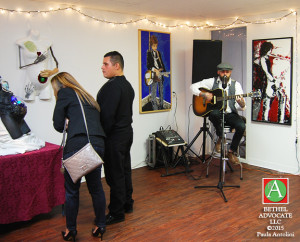 The mixed media show “Reflections” featuring several local artists working in diverse media will run from December 12, 2015 to January 25, 2016.  Hours/Days are 6-8 p.m. Thursdays and 12-3 p.m. Saturdays and Sundays (except for Christmas weekend).

A Complete List of Artists in the Reflections Exhibit are: