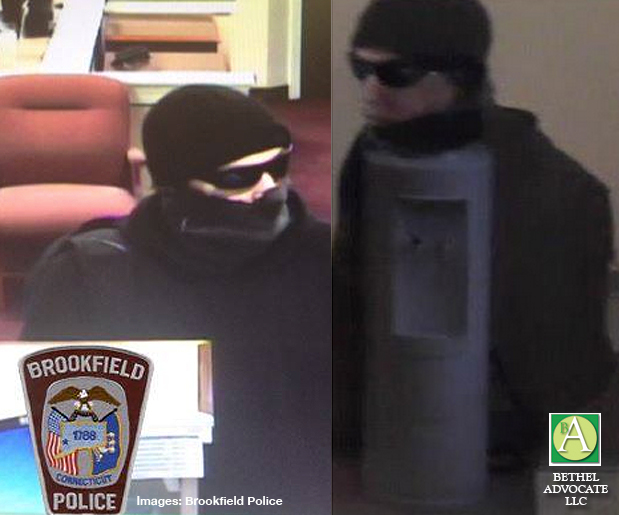 In suspects possession at the time of their arrest, police recovered $8,077 in US currency, including one or more bills with serial numbers recorded by Union Savings Bank, prior to the robbery. 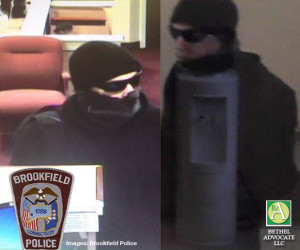 Two arrests were made in Monday evening Bank Robbery.

Brookfield Police arrested two persons in connection with the robbery of the Union Savings Bank branch office at 828 Federal Road, on Monday. Brookfield investigators interviewed witnesses and reviewed video tape, provided by Union Savings Bank security personnel, which lead to the description of a vehicle. From that point, investigators developed additional information, during the day on Tuesday, that lead to the identity of the suspects who were later arrested.

Police arrested Daniel RODRIGUEZ, who admitted to being the individual who entered and robbed the bank, (held on $50,000 bond for arraignment on Wednesday morning at Danbury Superior Court), and Kelsey FOURNIER (released on $5,000 bond) on Tuesday evening, in Danbury, with the assistance of the Danbury Police Department. In their possession at the time of their arrest, police recovered $8,077 in US currency, including one or more bills with serial numbers recorded by Union Savings Bank, prior to the robbery.

During this investigation, Brookfield Police received assistance from detective and patrol units of the Danbury Police Department, members of the Statewide Narcotics Task Force – Northwest Office as well as from assets of the US Department of Homeland Security.

This is a continuing investigation with police asking anyone with information relating to this incident to call and speak with Brookfield Police Detective Michael Zezza at 203-775-2575.