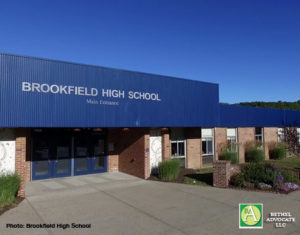 Brookfield Police were called to Brookfield High School mid-morning on Wednesday after three students made school administrators aware of a social media post, from the night before, that caused them concern.

The social media post depicted what police investigation determined to be an airsoft facsimile rifle modeled after an AR-15 style rifle with two airsoft magazines and 4 different sized rounds of ammunition – all in the possession of police as a part of the investigation. There was a text message on the post that was threatening in nature, relating to the school day on Wednesday. No weapons were found in the school.

Brookfield police, in an abundance of caution, will have additional security at Brookfield High School tomorrow.