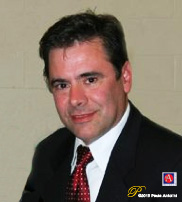 Breaking News: Will Duff Collects Requisite Signatures and Will Be a Candidate in the Upcoming GOP Primary, September 16

Breaking News: Will Duff Collects Requisite Signatures and Will Be  a Candidate in the Upcoming GOP Primary, September 16

August 10, 2015 – Today Republican Town Committee Chairman Will Duff delivered his petition, with over 200 signatures, to Republican Registrar Tim Beeble, after signing the official papers in front of Town Clerk Lisa Bergh in the Clifford J. Hurgin Municipal Center.  This means Duff will be a candidate in the upcoming Republican Primary Election on September 16, 2015 that will decide who the Republican candidate is to run for First Selectman of the Town of Bethel, CT, against the incumbent 3-term Matthew Knickerbocker (D) in November.

Knickerbocker was chosen to be the Democratic First Selectman candidate during the Democratic caucus, which was on the same night as the Republican caucus, July 23, 2015. 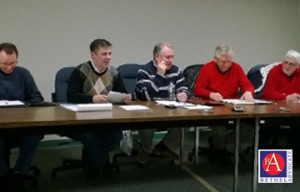 Regarding the Primary election, Duff was very pleased to be handing in his petition this morning.  He was still in the process of completing the paperwork signing when Bethel Advocate got the news.

Duff said, “The response to the petition has been overwhelming.  We will be turning into the Registrar of Voters the over 200 signatures for more then the 149 signatures we need.  I look forward to Bethel’s nearly 3,000 Republicans having the opportunity to decide this nomination in an all day primary in the privacy of the voting booth!”

According to Duff, “People in Bethel are angry and concerned because they love Bethel and they don’t like what’s happened to Bethel these last several years.  I have the ability and the experience in town government to know that we can hold the line on taxes and spending.  We can reduce the size and cost of government.  We can get control of our debt and maintain our infrastructure at the same time.  Working together, we can create a better Bethel!”

On July 23, 2015, Pat Rist was endorsed as the candidate of the Republican caucus, to run for Bethel First Selectman in November 2015, but now will be in the upcoming Republican Primary to decide the final candidate to run against Knickerbocker.  Rist is presently the Chairman of the Bethel Planning & Zoning Commission (P&Z) and President of the Bethel Historical Society (BHS).

Congratulations to Will Duff for his diligence in moving forward after the Republican caucus, and for meeting and exceeding the signature requirement to get on the Republican Primary Election ballot.

Good luck to both candidates in the upcoming Republican Primary Election.

NOTE: The deadline for submission of primary petitions is Wednesday at 4 PM.

Tomorrow morning Kris Heck Correard and Tim Beeble will be reviewing the petitions to confirm the number of eligible signers of the petition.

Signatures are still being collected, contact Will Duff at wmduffusa@gmail.com. Over 200 signatures have already been handed in, more then the 149 signatures needed to qualify.

111 thoughts on “Breaking News: Will Duff Collects Requisite Signatures and Will Be a Candidate in the Upcoming GOP Primary, September 16”