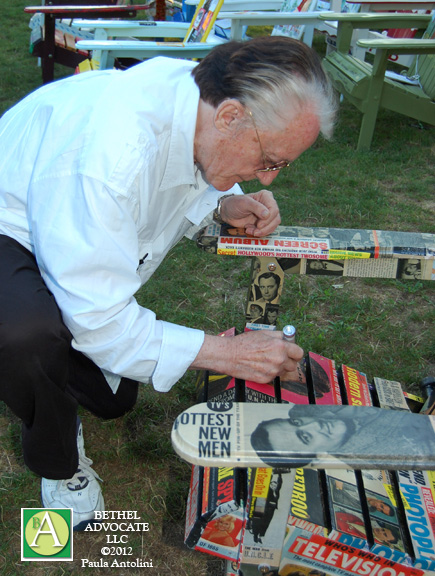 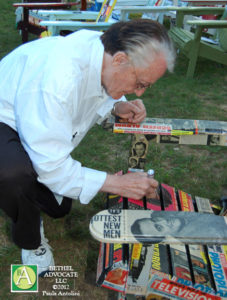 Photo above: Robert Vaughn at the “CHAIR-ISH RIDGEFIELD” Summerfest 2012,  Ridgefield, CT, July 21, 2012, at a charity auction autographing an Adirondack chair with a chair design based on his acting career.  The chair was submitted by a creator for the Summerfest contest with proceeds from the auction going to “Destination Ridgefield,” a project to promote tourism and show that Ridgefield has a strong cultural presence in the community.  (Credit: Bethel Advocate photo, Copyright 2012 by Paula Antolini / Bethel Advocate LLC) Click on all photos to view larger.

Ridgefield resident Robert Vaughn lost his battle with leukemia on Friday, November 11, 2016, at age 83.  His death was confirmed on many news sources by his manager Matthew Sullivan.

He was best known for his role as Napoleon Solo “The Man From U.N.C.L.E.” on NBC in the 1960’s.  The action/adventure/crime TV show,created by Sam Rolfe, ran from 1964 to 1968.  The show’s theme was,”two top agents of the United Network Command for Law and Enforcement fight the enemies of peace, particularly the forces of THRUSH.” according to IMDb. He starred with David McCallum, Leo G. Carroll and others.

The three photos in this article show Vaughn locally in 2012, in Ballard Park in Ridgefield, CT, when he was attending the Ridgefield Summerfest and auction.  He kindly posed for photos for Bethel Advocate and autographed one of the auction items of the “Chair-ish Ridgefield” fundraiser.  The creator of the chair used a design theme based on his acting career.

Vaughn lived at 88 Salem View Drive in Ridgefield, Connecticut, according to voting records, but had also moved to another home later on, in the Ridgebury section. 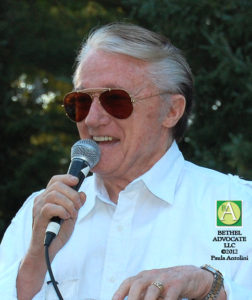 Vaughn began his acting career in the 1950s, his first film role an uncredited appearance in “The Ten Commandments” in 1956. In 1959, he was nominated for an Academy Award for best supporting actor for his role in “The Young Philadelphians.” The next year, he appeared as Lee in “The Magnificent Seven.” Before his death, Vaughn was the last surviving actor of those who portrayed the movie’s seven main characters.

But it was Vaughn’s role as Napoleon Solo on the TV spy drama “The Man From U.N.C.L.E.” that cemented his fame. Running for four seasons, from 1964 to 1968, the show was instantly popular and spawned numerous spy genre copycat shows.

In the 1980s, Vaughn appeared in a recurring role on the final season of “The A-Team,” and as villain Ross Webster in the movie “Superman III.” Continuing to act late in life, he co-starred as a grifter on the British television show “Hustle” from 2004 to 2012.

Vaughn is survived by his wife, Linda Staab, and children Cassidy Vaughn and Caitlin Vaughn. 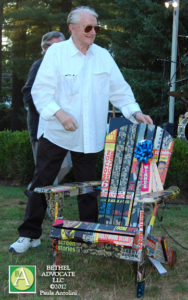