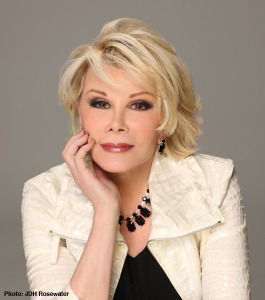 Comedian Joan Rivers experienced cardiac arrest during throat surgery at 10:00 a.m. today, August 28, 2014, and was rushed to Mt. Sinai Hospital in NY where she remains in critical condition, according to New York police.

Rivers was undergoing a procedure at Yorkville Endoscopy on East 93rd Street, when she stopped breathing.

Updates will be posted as details are known.

Rivers had a recent health scare in 2013 on her daughter’s reality show, “Joan & Melissa: Joan Knows Best?” when doctors found a spot on her X-ray after she had a persistent cough, according to CNN. Rivers was also diagnosed with osteoporosis in 2002, after she broke some bones during a fall down some stairs.