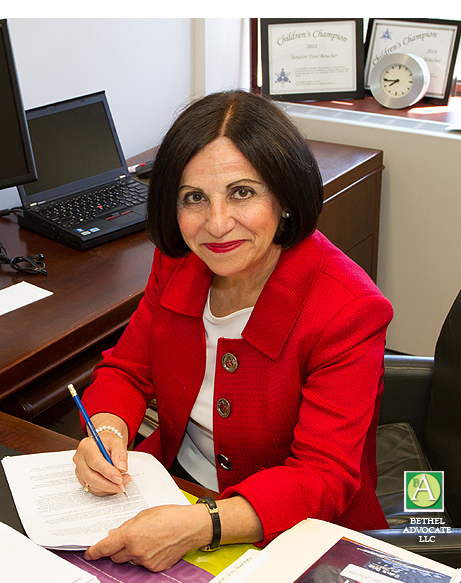 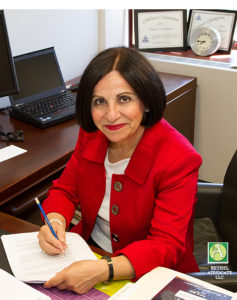 (Wilton, May 14) — State Senator Toni Boucher was nominated by a unanimous vote of delegates at the 26th District Republican Convention last Monday. She will be running for re-election to a sixth two-year term in November. The convention was held at Trackside in Wilton. The 26th district is comprised of Bethel, New Canaan, Redding, Ridgefield, Weston, Westport and Wilton.

The convention was called to order at 7:30 PM by interim chair, Alex Karsanidi Ridgefield. Following the completion of normal protocol business, the convention elected Redding Selectman Michael Thompson, permanent convention chair and Westport Selectman, Jen Tooker, permanent convention secretary. Senator Boucher was formally nominated by her campaign chairman and communications director, Tom Derderian of Redding, who told Boucher’s remarkable story beginning with her immigration to this country as a young girl and cited her strong record of leadership on behalf of her district and her state. “When it comes to State Senators, we in the 26th district really won the lottery with Toni,” he remarked. The nomination was then seconded by Bethel Selectman, Paul Szatkowski, and then put to a vote by delegates from the 7 towns making up the 26th district, with the results being unanimous in her favor.

In accepting her party’s nomination, Senator Boucher thanked the delegates for support and outlined the agenda that lay ahead. “The November election will be one of the most important in memory,” said Boucher, “and can change the direction of our state for the better for generations to come. After winning equal representation in the state senate two years ago, Republicans are only one seat away from a majority.”

“We have already seen what a difference this makes with last year’s passage of the Senate Republicans no-tax increase budget and this year’s defeat of the administration’s plan to reintroduce highway tolls.” she added. There’s a tremendous amount of work to do in the legislature. It is there where the decisions are made and it is there where we will fight to make Connecticut a place where families and businesses can once again thrive in a climate of lower taxes, efficient government spending, improved highway and rail transportation and the opportunity for a quality education for all of our children.”

She concluded, “I look forward to our work ahead bringing relief to taxpayers and crafting legislation comprised of responsible solutions that will reinvigorate our incredible state. I look forward to continuing to serve you and our district.”

Boucher is currently the Senate’s Chief Deputy Majority Leader, Chair of both the Transportation and Education Committees and Vice-Chair of the Finance, Revenue and Bonding Committee.