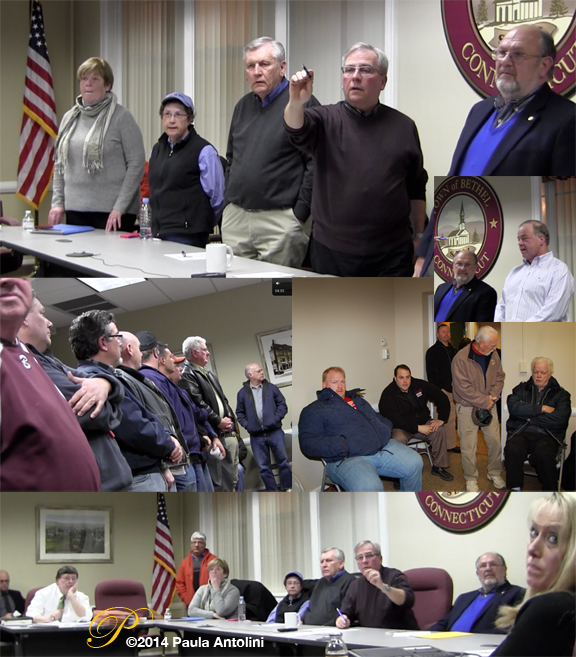 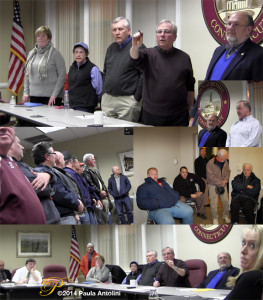 The EDC no longer has the power to make rules for the Clarke Business Park and all of the present rules will expire on January 15, 2015.

On December 29, 2014 a Special Town Meeting was held in the Clifford J. Hurgin Municipal Center in Bethel at 7:00 p.m. to specifically decide whether or not the power of Bethel’s Economic Development Commission (EDC) would be extended for another 10 years. At the meeting First Selectman Knickerbocker clarified that the vote would be specifically on the extension of the power of the EDC for another 10 years and not a vote on the rules of the park.

Mike Boyle, Chairman of the EDC, stated there would be an additional meeting to discuss the park rules on January 15, 2015.

A vote was taken and the motion was defeated 28 (no) to 26 (yes). This outcome not only means that the EDC no longer has the power to make rules for the Clarke Business Park but that all of the present park rules will expire on January 15, 2015, and there will be no rules, and there is no one to oversee the business park, according to First Selectman Matt Knickerbocker. He said that it will now fall back to the Planning and Zoning Commission, but not in the capacity that the EDC had been handling matters.

Knickerbocker’s exact words were, “The vote tonight was whether or not the power to the Economic Development Commission should be extended by ten years. Right now the Economic Development Commission works in conjunction with the Planning and Zoning Board. Planning and Zoning establishes the basic parameters of land use for the entire town of Bethel, including Clarke Business Park. The Economic Development Commission, just for Clarke Business Park, also imposes some rules and regulations, like are the buildings esthetically pleasing, are there restrictions, like can companies park trucks out there by the road, or must they be behind, you know, certain screening, where can they store materials so that they’re out of sight, so the park maintains a pleasant businesslike atmosphere. So the question on the ballot tonight was whether the EDC should retain that authority to impose those rules. And the answer was no, it should not. The vote was 26 in favor of extending that authority and 28 opposed to it, so the motion failed, so effective January fifteenth the authority of the EDC to regulate anything will expire.” He continued, “There will be no rules. Planning and Zoning will still apply, but that’s just basic land use.”

Knickerbocker was asked who controls who comes into the park now, and similar issues, he replied, “Thats a good question. I think that that will fall in the immediate sense to Planning and Zoning. And they’ve been operating with a different set of rules, a different layer of rules, than the EDC has.”

The EDC has been the stewards of the Clarke Business Park for the last thirty years and the park has run smoothly during that time without any major problems. That is, until recently, when one of the business owners in the park, Mr. Shawn McLoughlin, present owner of Mono-Crete Step Co. of CT LLC, a pre-cast concrete products company at 12 Trowbridge Drive in Clarke Business Park, applied to the Bethel Planning & Zoning Commission (P&Z) for a text amendment for the park rules to be changed. He made this request to allow his other proposed business to operate on those same premises, which is that he wants to operate a crematorium. A crematorium is a business that disposes of human remains by incineration, and McLoughlin intends on having three ovens that could incinerate three bodies each, per day, for a total of nine bodies a day, according to a statement made by his attorney Peter Olsen at a past Planning and Zoning meeting regarding this topic.

The News Times incorrectly stated in their August 4, 2014 article, “Crematorium OK’d for Clarke Business Park in Bethel” referring to a July 22, 2014 meeting of the P&Z. This is not the case, only the text amendment was approved, as clearly confirmed to me by P&Z Chairman Pat Rist. She said McLoughlin still has to submit another application to the Planning and Zoning board to have the actual business approved which consists of inspection and approval of building plans and equipment etc.

The EDC firmly took a stand that a crematorium was not in the best interest of the park. The majority of residents and business owners made statements to the same effect at past meetings, that they did not want the crematorium in Bethel. For example, they specifically stated they did not want to see many hearses driving into the park daily. Numerous letters from the public and businesses were also read aloud at P&Z meetings and the majority of correspondence was opposed to the crematorium.

When controversy erupted between the P&Z and the EDC during the last two EDC meetings, regarding who had authority to make and change park rules, and also heated discussions between the EDC and the business owners in the park, over the revised park rules, the situation lead to the Special Town Meeting vote.

However, the notice placed on the town website about the Special Town Meeting never stated that if the EDC’s term was not extended 10 years the EDC power would be completely stripped and all the park rules would expire on January 15, 2015. This is how it stands now.