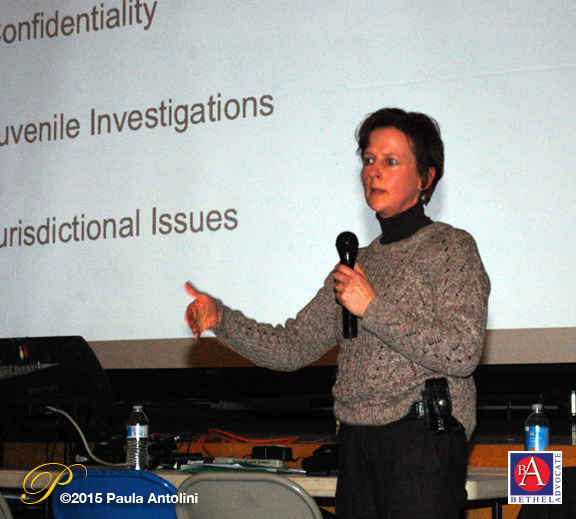 The purpose of the Informational Session was to familiarize parents with the investigative procedures after an incident occurs and to provide information to parents from professional sources on how to talk to their children about sensitive topics.

The Bethel Public Schools held an Informational Session on Thursday, February 26, 2015 in the Bethel Middle School auditorium at 6:30 p.m..

The meeting took place to address parental concerns while an investigation is taking place concerning a Berry school staff member who was placed on paid administrative leave after school officials learned, on February 19, 2015, of possible inappropriate activity by the staff member with a minor. The individual was also banned from the school campus and school computer access, and the individual then resigned. There have been no charges placed against the individual and there is no arrest. The investigation is ongoing.

The purpose of the Informational Session was to familiarize parents with the investigative procedures after an incident occurs and to provide information to parents from professional sources on how to talk to their children about sensitive topics. 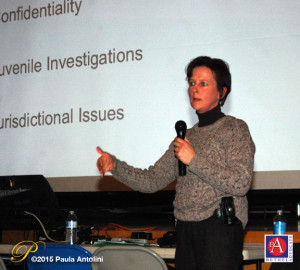 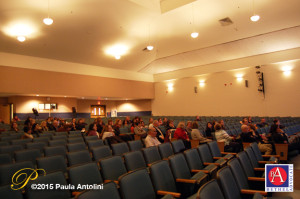 Approximately 60 people attended the meeting which included parents and many school officials.

Carver indicated that the schools had to wait for the investigating agencies to approve the release of information before she could notify parents of the situation. Once the letters went out to parents, Carver and other officials answered phone calls on Friday, and Saturday too, after encouraging parents to email their phone numbers to her if they wanted to talk or had questions. 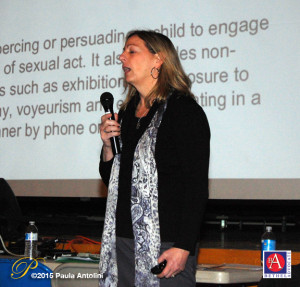 Many parents at the meeting had questions about what little information parents received. Morris replied that in order to protect the integrity of the investigation, few details can be released.

There was much frustration about the suspect not being identified. Youth Officer Lynn Morris told the audience that the Bethel Police Department is not handling the investigation, it is a State Police matter, and police still have not released the name, gender, or staff position of the former employee of Berry school. Police also said, at the meeting, that if they released the name of the suspect and then he or she was found to be innocent, it could still ruin the reputation forever. Morris stated, “Until there is an arrest, everything is confidential.”

When pressed if any Berry children were involved in the incident, Superintendent Carver said the schools have no evidence to suggest anything occurred on school grounds. 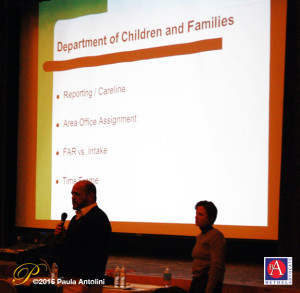 Vincent Tinnerello of DCF said children would likely not be interviewed unless there has been suspicion of abuse or the child indicated there was inappropriate activity.

At one point a parent claimed that they and others knew the identity of the suspect. Other parents were concerned that their child might have had interaction with the suspect while at Berry.

There was also concern if the suspect posed a risk to the community. Morris reassured the parents that there was no risk at this time, stating that the State Police would let them know if there is any threatening situation.

Donna Meyer gave an extensive presentation on how and when to talk to your children about sexual abuse, what to say and what not to say, and what signs to look for to determine if they have been abused. 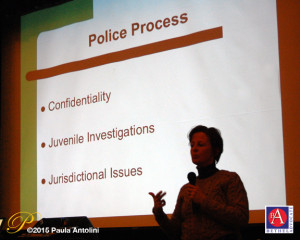 After the meeting, Bethel First Selectman Knickerbocker spoke about the events of the past week and said, “I think Superintendent Carver and Mrs. Legnard, the Principal of Berry, did an excellent job. I just hope the police are able to resolve it quickly.”

Bethel Board of Education Chairman Larry Craybas also had some comments after the meeting, regarding how people react to sensitive incidents and saying the wrong thing could damage the investigation process. Craybas said, pertaining to the investigation, “I think that this has to be done in a very formal way. Speculation just torpedoes the case.” He continued, “There are enough TV programs that take you through altered facts. Check the 93 DCF cases, you’ll find that the investigation was not done as best possible because someone said something they should not have said, to interfere with the investigation. We have set protocol to handle situations such as this. We have one of the best legal counsel, Shipman and Goodwin. Hartford.” 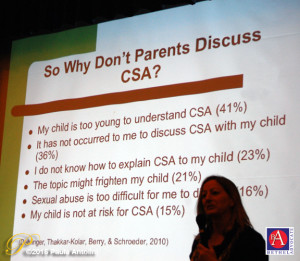