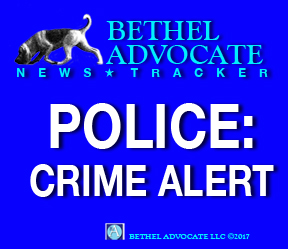 Bethel Police are currently investigating numerous thefts from vehicles which occurred during the overnight period spanning June 16th and17th. Additionally, at least one vehicle was stolen from a residence in town and another stolen vehicle was recovered. The targeted vehicles were believed to have been left unlocked and the stolen vehicles had been left unlocked with the keys left inside. This type of criminal activity has been occurring frequently in the area and other Police Departments are investigating numerous incidents in their jurisdictions as well.

We are again asking for cooperation from the public in locking vehicles, removing valuables from within, and refraining from leaving keys in any parked vehicle.