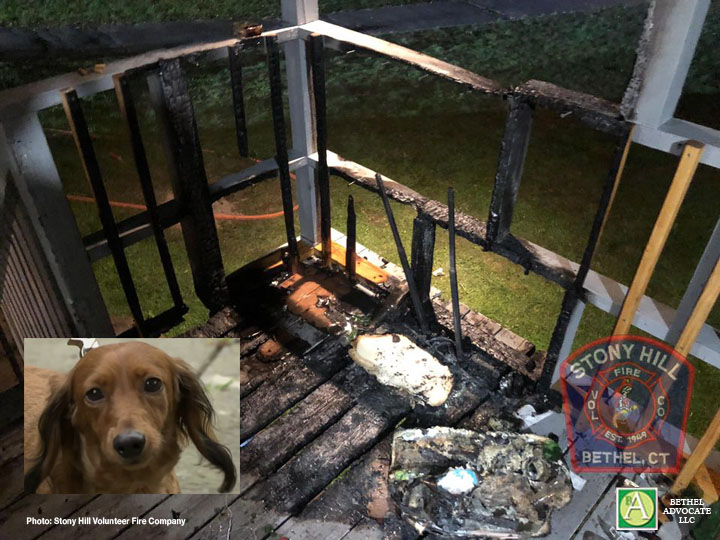 A 4-year-old Dachshund named Jasper, was a tiny hero early one morning when his non-stop barking at 3:30am alerted the dog’s owners, the Hauser family in Bethel, to a fire at their neighbor’s home on the Zanbeli family’s back porch, according to NBCNY News.

A report from Stony Hill Volunteer Fire Company on September 28th is as follows:

At approximately 04:30 this morning Bethel & Stony Hill firefighters were alerted to a reported deck fire on Putnam Park Road. Upon arrival of Bethel PD and Stony Hill S3, a fire was found on the rear porch of the home with the family inside sleeping and unaware.

Bethel PD evacuated the residence while S3 and Officer DeOliveira worked to extinguish the fire. The fire did not extend into the home and only damaged the deck. Once E6 arrived, the fire was fully extinguished and placed under investigation by the Bethel Emergency Management & Fire Marshal office.

This situation could have been drastically worse if it weren’t for a neighboring dog who barked to awake his owner and essentially alerted him to the fire next door. There were no injuries and the family returned to their residence once units cleared the scene.