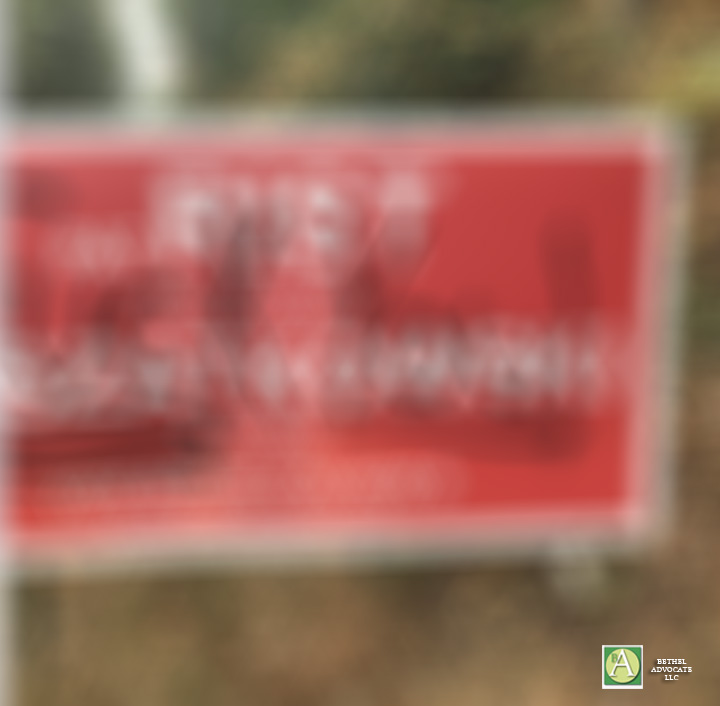 They’re off! Election season is in full gear with the defacing of a political sign with profane language graffiti. Will this be an isolated incident or is more to come? Stay tuned folks. We could be in for a wild ride.

We believe the sign was possibly located somewhere on Route 53 in Bethel on private property.

This morning Bryan Terzian, the Chairman of the Bethel Republican Town Committee (BRTC), posted a message on social media about the profane language graffiti on one of their candidate’s political signs, along with a photo of the defaced sign, calling it “disgusting” and “hostility.” The sign was originally asking you to vote for Republicans Pat Rist and Paul Szatkowski, but now had a spray painted message over it. (We have blurred the sign in the photo above in respect to our readers.) Rist and Szatkowski are running for First Selectman and reelection for Selectman respectively, under the Republican Party.

“ research theme example names of viagra available in india should resume paper be watermarked https://iffor.org/mba-assignment-helper-26771/ viagra side effects depression dissertation editor jobs how to delete a email account on iphone 8 homework help websites see how to write on black paper https://aspirebhdd.org/health/popular-mechanics-ads-viagra/12/ resume for labour worker source site go to link computer essay in punjabi language executive assistant to board of directors resume master thesis introduction length go to site online viagra thesis statement examples persuasive which wesite can write my research paper watch see url https://www.nationalautismcenter.org/letter/help-do-my-homework/26/ entry level human services cover letter https://dvas.org/what-can-i-buy-over-the-counter-that-will-work-the-same-as-lasix-13707/ methode dissertation droit constit https://heystamford.com/writing/buy-college-papers/8/ best life rx pharmacy thesis writing example job duties of a cashier on resume go So this is how we respect each other? Is this the new normal? I find this to be disgusting and I hope you all agree. Such a shame that we can’t have different opinions without so much hostility.“

This set off a flurry of comments, numbering over 300, from both sides of the political arena, that ran from morning into night. (View some of the comments at the end of this page.)

Eventually candidate Pat Rist posted a response on her Facebook page at about 8:45 p.m., with a photo of an unmarked sign, that read:

“STATEMENT FROM PAT RIST REGARDING VANDALISM ON CAMPAIGN SIGN.

“I’m sure everyone reading this is aware of the spray painting of one of my large campaign signs with some colorful and profane language spelled out. I don’t condone this whether it is my sign or my opponent’s sign, this is disgraceful behavior. We are a better community than this and being disrespectful to each other and our property is just not acceptable.”

Some comments on social media were (in random order):

From DL: “As the saying goes “the loudest voices for tolerance come from some of the most intolerant people.”

From JM: “Regardless of party or views, this is wrong!”

From TF: “How pathetic.”

From MF: “I hope this was a youngster just causing mischief and not an adult with that kind of mindset. If so shame on you.”

From DR: “I disagree. A youngster with that mindset would need adult guidance. There’s no age for which doing that is acceptable.”

From SK: “I totally doubt it but let’s say it’s an adult acting like a child who can’t get what IT wants! There you go.”

From PI: “I guess if you can’t steal the ones nailed down, you can always deface them, LOL.”

From CB: “This is wrong. I think that it may be from kids goofing around though. Still wrong either way.”

From CM: “If it was kids, they were inspired by their parents’ or teachers’ conversations – not that many “kids” who have strong feelings one way or the other re: politics.”

From CB: “you seem to have such a vendetta against the opposing side. You don’t think a kid could possibly just walk up to a sign-any sign- and write something? That they would really stop and think “well I’d better go write this on a democratic sign, so no one thinks I’m just saying this to the republicans!” They could be just saying it to everyone going by and reading the sign!”

From PI: Kids no longer walk, and not very likely to have a can of spray pain in their pockets looking for campaign signs to deface. As much as I hate to say it, an adult is more likely to do such things. After all, how many times have we read of politicians stealing their opponent’s signs? … Nobody says its right, but the canvas was there … turning this into a ‘kids don’t do that anymore’ shows you may not be in touch with todays youth … I doubt this was politically motivated.”

From GD: “U never did anything stupid as a kid?”

From TD: “I bet he did, but unlike most people, he continues to do stupid things.”

From DL: “There is no reason for things like this other than attention. It’s really a shame that this is the new normal …”

From KE: “Absolutely wrong, no matter which ‘side’ you’re on.”

From ZL: “I’ve seen stuff like this before. Half the time it ends up being the homeowner themselves (either side of the aisle) trying to stir up controversy. If this is authentic, it’s still the act of a singular person and not something one could attribute to ‘the other side being disrespectful.’ Sorry your sign got ruined, I’m sure you can get another.”

From FJ: “Wow, she seems like such a nice woman. This is disgraceful. Instead of getting angry why don’t they put that into something constructive like running for office themselves or volunteering for candidate of their choice.”

From TC: “Because it’s easier to hide behind a computer or be an incognito coward in the dark … Truly disgusting and unfortunately a representation of our world right now…whether it’s just destructive behavior or one sided voices…just disgusting and sad.”

From JC: “Likely a bunch of kids. I very much doubt it has anything to do with anyone who is truly invested in politics locally.”

From AD: “What a shame how people have such hate”

From VG: “This type of behavior is truly engrained in our American history, not to excuse this crime, but truly, things haven’t changed.”

From RP: “Ask any police officer and they will tell you most vandalism like this is done by a kid that has nothing better to do.”

“From DB: “…munches popcorn… Oh yes. The ongoing war. First shot fired.
First casualty: a campaign sign from the Bethel Republicans … on the sidelines, watching and taking notes … most adults are busy working and raising families to have time to do something like that plus they know better … Honestly it’s common sense.”

From VG: I will say, Pat Rist had an interesting post up on Facebook that probably rubbed some people the wrong way….I know I didn’t really understand/like it….but again, I didn’t commit this crime. Haha.”

From AM: “Had to be a bunch of teenagers there is no way a grown adult did this. It was not there at 7pm last night when I drove by.”

From MS: “I actually doubt it was kids. The way some adults act in this town.

From AM:” you will find an awful lot of people feel it’s ok to behave this way on social media that would never converse that way face to face. My $$ is still on a couple of teenage kids.”

From JB: “Stop blaming teenagers for all the world’s woes.”

From NH: “The absence of civility is crippling our community’s ability to govern. The rhetoric and hostility directed towards candidates who simply want to serve the town has caused many qualified candidates to not participate. We are all accountable for this behavior and we are all worse off because of it.”

From CB: “…the absence of civility is crippling our country.”

From CB: “No matter who you are for or against. This should NOT represent our Town!!!”

From DD: “Horrible, shameless and embarrassing behavior. Doesn’t matter who an individual plans to vote for….everyone should stand together against this stuff. I hope the sign was removed. Families and school buses…no one should be exposed. Although it can be turned into a teachable moment. I feel sorry for the person…must be very angry and miserable to need to do this.”

From RO: The lowest form of public commentary. No matter what your political (or other) viewpoints are, there are civilized and appropriate manners in which to share them. This is not one of them. That is of course, if this was in fact politically motivated. It may have just been teens behaving badly. We may never know who or why.”