The American Society of Composers, Authors and Publishers (ASCAP) has filed 10 separate copyright infringement actions against bars and restaurants nationwide, arising out of the unauthorized public performance of its members’ copyrighted musical works.

ASCAP Takes Legal Action: Venues Refuse to Pay Songwriters While Profiting From Their Music, They Say

Is this the day the music stops in our local bars and restaurants?  The American Society of Composers, Authors and Publishers (ASCAP) thinks venues should pay a fee to them for using its members’ music in their establishments.

According to an announcement on April 12, 2016, by The American Society of Composers, Authors and Publishers (ASCAP), they have filed 10 separate copyright infringement actions against bars and restaurants nationwide, arising out of the unauthorized public performance of its members’ copyrighted musical works. 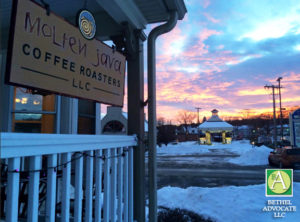 Wendy Cahill, owner of local Bethel business Molten Java, who frequently features live music in her establishment, had this to say:

“As a small business, that happens to provide a venue for independent artists to play, I resent having to pay high fees to an organization like ASCAP.  Not only are the fees unfair but their collection tactics are more aggressive than any I’ve seen. They, regularly, attempt to collect in person in addition to frequent mailings and phone calls.

“Unfortunately, their threats of lawsuits are real and they have been known to close down small businesses due to legal fees and fines. They seem to act as a, sort of, legalized organized crime family. The system has to change. I don’t profit from providing live music, if I did, that money should be given to the people playing, not some unreachable copyright bounty hunters.  They should be using their resources to make the system more transparent and fair rather than paying people to bully small businesses.” 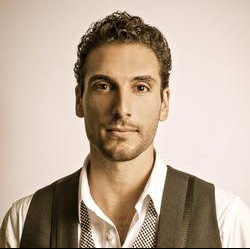 “I’m a BMI (Broadcast Music Inc.) songwriter and they’ve also filed similar recent lawsuits against restaurants. Since the dawn of the digital age, the music industry has tried to recoup the loss of record sales due to music piracy. Therefore, I understand their position in trying to monetize live performance and fight for the artists like me- that make a living writing, recording, and performing original music. If I didn’t receive quarterly earnings from BMI for the public performances and recorded usage of my original music, I probably wouldn’t be able to survive as a artist. Furthermore, if a restaurant, bar, or venue refuses to hire me because they don’t want to pay the performance rights of my original music, I respect their decision.”

ASCAP is a membership association that operates on a non-profit basis and represents more than 560,000 independent songwriters, composers and music publishers. ASCAP ensures its members can earn a living from their art by licensing the public performances of their songs, collecting those license fees, and distributing royalties to its members. Nearly 88% of the license fees ASCAP collects go directly to songwriters, composers and music publishers as royalties.

“Music is enormously valuable to bars and restaurants, creating an emotional connection with patrons and providing the right ambience to attract and retain customers,” commented ASCAP Executive Vice President of Licensing Vincent Candilora. “Hundreds of thousands of well-run businesses across the nation recognize the importance of paying music creators to use their music, and understand that it is both the lawful and right thing to do. However, each of the establishments sued today has decided to use music without compensating songwriters. By filing these actions, ASCAP is standing up for songwriters whose creative work brings great value to all businesses that publicly perform their music.”

Songwriters earn their livelihoods by licensing the performance right granted to them under the copyright law. Any business using copyrighted music has the opportunity to obtain permission to do so lawfully through a simple license, which covers the entire ASCAP repertory of over 10.5 million musical works. The average cost for bars and restaurants amounts to less than just $2 per day for the right to play an unlimited amount of music.

ASCAP President and Chairman, songwriter Paul Williams added: “We want every business that uses music to prosper, including bars and restaurants. After all, as songwriters and composers, we are small business owners, too, and music is more than an art form for us. It’s how we put food on the table and send our kids to school. Most businesses know that an ASCAP license allows them to offer music legally, efficiently and at a reasonable price – while compensating music creators so we can earn a living from our work and keep doing what we do best – writing music.”

Over the past two years, and in many cases longer, ASCAP has made numerous attempts at the establishments listed below to offer a license and educate the business owners about their obligations under federal copyright law. Two of them, The Ranch in Austin and the Barbary in Philadelphia, were delinquent licensees that were terminated for non-payment at the end of 2015.  Despite these efforts, the owners of the establishments listed below repeatedly have refused to take or renew a license. Instead, they have continued to perform the copyrighted musical works of ASCAP’s songwriter, composer, and music publisher members for the entertainment of their patrons without obtaining permission to do so.

More information about ASCAP’s licensing of bars, restaurants and music venues can be found on ASCAP’s website at: www.ascap.com/whywelicensevenues

With an unforgettable first name, Griffin Anthony’s songs echo hints of other unmistakable first-named greats: Townes, Jackson, Van and Levon. Hailed as “a stunningly persuasive and soulful voice,” Griffin’s wary, deep-set almond eyes and 6-foot 5-inch delivery are as striking as his moniker.

The 32-year-old New York native made his start in 1995 as the drummer of The Ripptides, whose members included children of Arlen Roth and Alan Menken. As a teen, Griffin worked backstage at the Newport Jazz & Folk Festivals, before eventually signing with BMI and Orange Music Publishing in 2008.

He has performed at festivals including Wanee, SunFest, and CMJ, while his catalog has garnered placements on HBO, ABC, NBC, E!, CBS, MTV, VH1, and Bravo. A multifaceted creator, Griffin was the principle film score composer for the independent film, Catskill Park as well as HBO’s Call to Action and I Wanna See You commercials.

Griffin independently released his first full-length album Crazy Ways in January of 2010, with the production aid of Grammy-winning Charles Dye and Grammy-nominated Dan Geary. Winning “Best Vocalist” at the International Music Festival marked the next step in an ambitious year for Griffin — 2011 saw over 200 national tour dates, song placements with Lowe’s, Office Depot, Virgin Atlantic, and the release of Live at 305. Recorded in Miami during a sold out New Year’s Eve show and released on Big Eyes Records, iTunes highlighted the EP on its homepage. This exposure opened fresh channels of exposure and helped to land Sleepy Sunday on the ballot for “Best Pop Solo Performance” at the 54th Grammy Awards.

The Canyon reveals a more nuanced approach to song construction and storytelling. With sweeps and swells of a pedal-steel guitar, Griffin takes a sharp left turn from the pop-centric and smoothly paved road of Crazy Ways. Recorded at Grammy-winning George Noriega’s Cutting Cane Studios and released in August of 2012, Griffin describes the EP as “a loosely conceptual project; inspired by the spirit of 1970’s California rock and traditional southern roots.” The Canyon earned Griffin a nomination for “Songwriter of the Year” at the International Music & Entertainment Awards in September of 2013. Later that year, Griffin was commissioned by the SPCA to write for their annual adoption campaign. An animal lover himself, Nobody Loves Like You was soon recognized among finalists for “Best Original Music” at New York Festivals: Film & TV Awards.

Shortly after being named the recipient of the 2014 Nova Southeastern University Distinguished Alumni Award, Griffin began production on The Making of a Man. Recorded at Nashville’s GailHaus Studios with producer Johnny Shortridge, Griffin’s sophomore full-length album was released in August of 2015 on Big Eyes Records. With the additional aid of multi Grammy-winning David LaBruyere, the roots-driven production exhibits a reverence for the traditional American song; melding a warm analog glow with handsome arrangements and a roughhewn live approach.

In a time of limitless distraction and instant gratification, Griffin Anthony isn’t cornered with trends. He leads with his music, owns his words, and represents the genuine article.

The American Society of Composers, Authors and Publishers (ASCAP) is a professional membership organization of songwriters, composers and music publishers of every kind of music. ASCAP’s mission is to license and promote the music of its members and foreign affiliates, obtain fair compensation for the public performance of their works and to distribute the royalties that it collects based upon those performances. ASCAP members write the world’s best-loved music and ASCAP has pioneered the efficient licensing of that music to hundreds of thousands of enterprises who use it to add value to their business – from bars, restaurants and retail, to radio, TV and cable, to Internet, mobile services and more. The ASCAP license offers an efficient solution for businesses to legally perform ASCAP music while respecting the right of songwriters and composers to be paid fairly. With 565,000 members representing more than 10 million copyrighted works, ASCAP is the worldwide leader in performance royalties, service and advocacy for songwriters and composers, and the only American performing rights organization (PRO) owned and governed by its writer and publisher members. Learn more and stay in touch at www.ascap.com, on Twitter @ASCAP and on Facebook.

Editor note:  Bethel Advocate has reached out to some musicians for comment but has not received a statement yet.