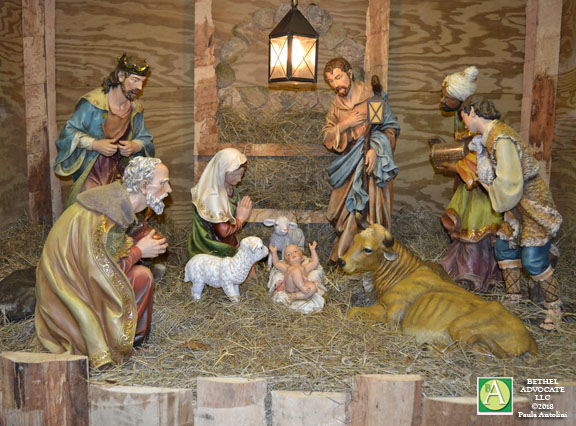 ‘An Open Letter to Bethel Atheists’ – Opinion / Letter to the Editor

OPINION / LETTER TO THE EDITOR

I have been following the situation regarding the “religious display controversy” with intensity, and I would like to publicly ask some questions to you for your perusal, and for you to answer, if you are willing to do so.
I sincerely hope you will provide answers to satiate not only my own personal curiosity, but to also clarify the situation once and for all. I know many people have many questions about this whole situation, and they haven’t been formally asked as of yet. I thank you kindly for your thoughtful consideration and effort in this open request.

1. Why, after decades of the Town of Bethel having a Nativity Scene displayed without controversy, did you choose 2018 to voice your opinions about said Christmas Display?

2. December is important to Judaism and Christianity, for religious reasons, obviously.

(a) How does atheism attach itself to the month of December, as atheism is, according to American Atheists, a lack of belief in any gods?

(b) Is atheism a religion that needs consideration for the month of December, like the religions of Judaism and Christianity?

3. The First Amendment of our US Constitution says that, “Congress shall make no law respecting an establishment of religion, or prohibiting the free exercise thereof”.

(a) Since atheism is not a religion, and the Town of Bethel leaders are not seeking to make Christianity the “official religion of Bethel”, then why do you wish to have equal exposure during said Christmas Season? How can you demand inclusivity with something you do not believe in?

(b) Also, do you feel that a Nativity Scene on town-owned land is a violation of the aforementioned First Amendment? If you do feel that it is, can you explain how so?

If, as mentioned before, the Town of Bethel created a law regarding the Nativity Scene, then it would be suspect to violating said principle, indeed. But this hasn’t happened, nor is it currently happening. (NOTE: The Town of Bethel has to grant permission for this tradition, according to established application requirements for the Nativity Scene)

(a) Do you feel that a Christian display is a violation of Jefferson’s principle of “separation of Church & State”?

(b) What about a menorah, a satanic display, a Buddhist display, or an Islamic display, to name but a few? Would these religious symbols violate Jefferson’s principle?

(a) Knowing that the majority of Bethelites have no issue with the Nativity Scene being displayed as a yearly tradition, and your numbers are much less as the represented atheist interest, how can the needs of the few outweigh the needs of the many?

(b) Do you feel that your atheist voice is being ignored or drowned-out, to such an extent you have sought outside legal atheist counsel, against the Town of Bethel, to make your voice heard?

(c) Have you considered a public meeting, outside of the confines of local government, to merely have a sit-down with interested parties to possibly discuss this rationally before August 6th? (Once the BOS meeting scheduled for August 6th arrives, no such dialogue can happen.)

Again, thank you for your time and consideration with these open questions. I personally look forward to reading your answers, as do the many people who will also be reading along!

Editor note: Readers may answer Donald Borsch Jr. on the BETHEL ADVOCATE Facebook page HERE (under this same headline/topic on the Facebook page).